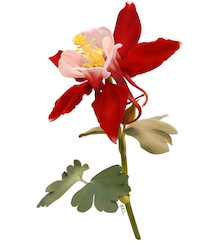 Iowa State University’s interdepartmental undergraduate major in Biological and Pre-Medical Illustration (BPMI) is a shared program of the ISU College of Liberal Arts and Sciences (LAS) and the College of Design. The program is housed in LAS and administered by an advisory board of faculty members from both colleges.

The BPMI major is designed for students who want to combine their interests and aptitudes in science and art. Students take a mix of courses concentrated on the natural sciences in LAS and studio art in Design. They learn the latest artistic techniques, visual design skills, and the business of being a visual communicator. They become proficient in producing a broad range of artwork, including drawings, paintings and photographs, which are scientifically accurate and aesthetically pleasing. Award-winning faculty members with years of professional and academic experience and an advisory board of scientists and artists help direct, advise and mentor students through their academic careers.

Iowa State University has one of the longest-running undergraduate programs of this type in the nation. Fewer than a dozen such programs or opportunities exist for undergraduate studies in the U.S. The ISU BPMI program specializes in preparing students for graduate degree programs in medical and scientific illustration. Graduate schools often recommend students receive a bachelor’s degree from Iowa State because of the strength of the combined science and art components of our program.

BPMI program – an overview of a twenty-eight year history

In 1974/1975 Professor Harry (Jack) T. Horner, Botany and Plant Pathology, created a course of study under the newly established Individual Major Program in the College of Sciences and Humanities (now the College of Liberal Arts and Sciences-CLAS) to help one of his advisees, an undergraduate transfer student, finish a degree program she had started at the University of Illinois in Medical Illustration. The student had transferred to Iowa State University when her husband took a graduate position in the Engineering College, but she was dismayed to find that there was no formal ISU major comparable to her undergraduate major at the University of Illinois. However, by taking advantage of the Individual Major Program, and with the assistance of Professor Horner, she was able to successfully graduate with a degree in ‘Biological Illustration’.

This student’s experience generated excitement among others with similar interests and the Individual Major Program began to receive additional requests for similar programs of study by students coming from CLAS and from the College of Design (COD). Horner quickly realized that he needed a liaison in the COD to assist these students in getting into the art classes they needed and to act as a co-advisor for them.  Professor Charles Townsend, Art & Design, accepted the challenge. By the early 1980’s the Individual Major Committee objected to accepting a relatively large number of students with individual majors in ‘Biological Illustration’ because of the similarities in their programs of study.  At about the same time, the deans of CLAS, Veterinary Medicine and COD suggested creating a formal undergraduate major in CLAS to accommodate these students.  The Horner/Townsend team then undertook a review of the pre-requisites for admissions into graduate programs in medical illustration so they could create a comprehensive individual major in what officially became “biological/pre-medical illustration’ or BPMI.

Horner initiated the paperwork in 1982, and its path through the involved departments, CLAS, and university review committees was completed in 1984, when the major was approved by the Iowa Board of Regents. At this time, a steering committee was created to oversee and assist students interested in a degree in biological/premedical illustration (BPMI). The committee was composed of faculty members from three colleges, the Colleges of Design (COD), Sciences and Humanities (CLAS), and Veterinary Medicine (CVM). The original members were Dr. H. T. (Jack) Horner, Botany, Committee Chair and Program Executive Officer (PEO); Dr. Warren D. Dolphin, Zoology; Professor Charles E. Townsend, Art & Design; Professor Ronald Fenimore, Art & Design; and Dean W. Biechler, medical illustrator, Biomedical Communications, College of Veterinary Medicine.

The committee developed, and continues to maintain, a curriculum that would make Iowa State University BPMI graduates eligible for graduate school in medical illustration.  The BPMI curriculum was well beyond the number of credits needed for graduation in other majors: 45 credits of science and mathematics, 45 credits of art, and the general education courses.  Although the curriculum has been modified to some extent, it remains a rigorous course of study.

In 1989, Horner stepped aside from the PEO position, but remained on the committee. At approximately the same time, Dean Biechler resigned his position in Veterinary Medicine to concentrate full time on his own illustration studio.  These changes created uncertainty about the future of the program, and Professor Richard Van Iten, then an Associate Dean in CLAS, became the interim executive officer for BPMI.   During Van Iten’s two-year tenure, Biechler was hired through CLAS to teach the one formal BPMI course (BPMI 336) while the future of the program was reviewed.  CLAS decided to continue the BPMI program and encourage its growth.  At this point, Dolphin assumed leadership of BPMI and the committee decided to target a four-year enrollment of between 30–45 students, graduating about 10 per year.  Biechler was asked to develop a second course, BPMI 337, to expand the offerings available to BPMI majors.

The targeted enrollment in BPMI was reached in the early 1990’s, and has remained relatively stable with a total of 40 to 50 pre-BPMI and BPMI students in any given year.  Veterinary anatomist Don Adams was recruited to serve on the BPMI Advisory Committee to reconnect the program with the College of Veterinary Medicine.  It also became clear that the use of computers in illustration was exploding and that it was essential to train BPMI majors in computer illustration.  The committee recruited Steven Herrnstadt (Art & Design) to help strengthen the technology aspects of the BPMI curriculum and the program was also able to take advantage of the presence of Engineering Animation, Inc. (EAI), a newly established computer illustration company in Ames.  As EAI expanded into the area of medical illustration, it hired John Dorn, a BPMI alumnus and recent graduate of the medical illustration program at Johns Hopkins.  Dolphin quickly sought out Dorn to teach a computer illustration course (initially under BPMI 494, the special topics designator), which has become an integral part of the curriculum.  Dorn also soon joined the Advisory Committee.  The final expansion of the BPMI curriculum took the form of the addition of a field illustration course (BPMI 395), a field station course (BPMI/LL 434) at Iowa Lakeside Laboratory, and an internship requirement (BPMI 497).

Other important achievements under Dolphin’s leadership include the first external review of the program and increased activity by the BPMI Club.  The BPMI figure-drawing coop, which was established in the late 1980’s, is a BPMI-Club operated, regularly offered figure drawing opportunity.  Biechler is the faculty member in charge of the drawing coop, but it is organized and run by BPMI students.  In the late 1990’s, Dolphin established BPMI Professional Day to give seniors an opportunity to prepare their portfolios and present them to underclassmen and others (including BPMI Advisory Committee members and parents and friends of BPMI majors) at the end of each semester.  Students with completed internships are also required to present their work at Professional Day.  It is the responsibility of the BPMI Club president and the Club faculty advisor (currently Biechler) to arrange this event.  Iowa State University hosted the 1997 Midwest Medical Illustrators Association annual meeting and the 1998 Guild of Natural Sciences annual international meeting.  Biechler, Croyle and Dorn were all deeply involved in the organization of the latter meeting and were instrumental in its success.

When Dolphin retired in 2003, C. Arthur Croyle, Art & Design, was chosen as his successor.  His focus was to prepare the BPMI students for careers involving more use of the computer as a tool in a digital age. Additional computer/electronic media education was implemented into the Program. He also wanted to refocus attention on preparing students for entrance into graduate school.  In the first year of his service as the program director, the BPMI Advisory Committee consisted of Biechler, Dolphin, John Dorn (a BPMI lecturer and alumnus), Dr. Steven Herrnstadt (Art & Design), Horner, Dr. Donald Sakaguchi (GDCB), and Jennifer Owens (CLAS advisor for BPMI majors).  Dr. Lynn G. Clark (EEOB) joined the Advisory Committee in the spring of 2004.  When Croyle stepped down as director in 2008, Clark was appointed as the new program director for a five-year term. Her goals include obtaining dedicated space for the major, developing a strategic plan for the future development of the major, and increasing the visibility of the program at ISU.